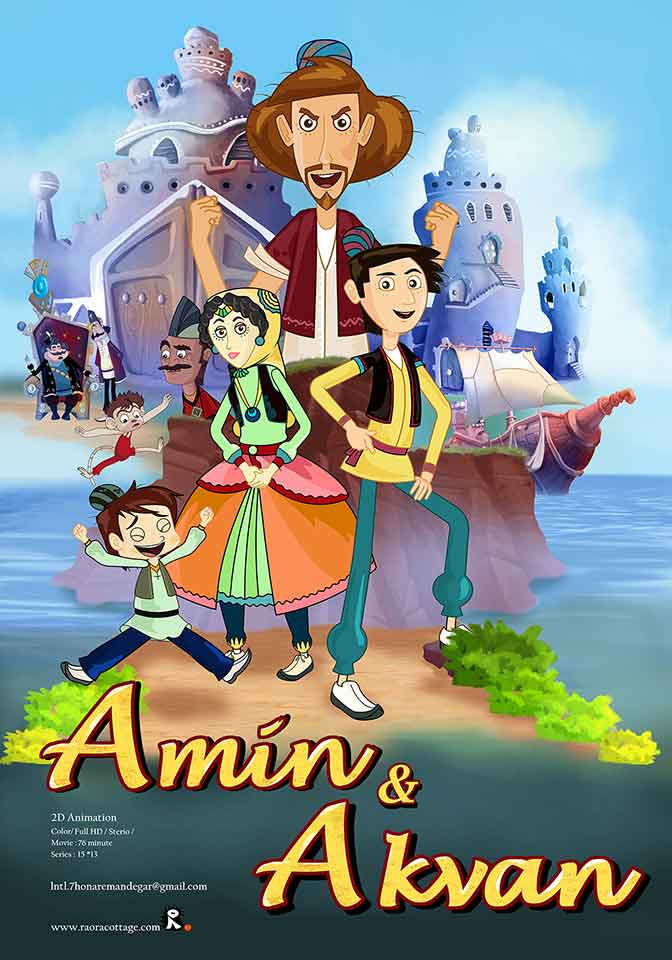 Director’s statement
This film is a tribute to my childhood. My childhood and adolescence hobby was to read books and imagining and accompanying the characters of the story. The books in our childhood time lacked much diversity. The books Good Stories for Good Children were the most available series of storybooks for our generation. We read the books hundreds of times over years with joy. When I grew up, I only remembered one or two stories from the series and I felt I had enjoyed them greatly at that time. Years have passed and now I am a filmmaker for the young generation. So I decided to portray one of the stories with elements from today’s life in memory of my childhood and share my feeling of that time with today’s children and adolescents. I hope they will enjoy it like I did.

Plot
Amin and Akvan develop their business with the help from the ruler of the town. But Akvan’s jealousy towards Amin leads him to sabotage and revenge. During his scheme, the ruler is hurt and Amin is punished. Can Amin survive the predicament?

Synopsis
Two young men (Amin and Akvan) one a barber, one a dyer, are both experts in their profession. They go to a remote town by ship. The town has limited industries and crafts and it is therefore a good market for work. They decide to start a new life.
Amin tries hard and succeeds in controlling soap production and distribution market. He meets a boy, Farbod, who accompanies him in the story. Amin marries Firoozeh (Farbod’s mother) and starts again the attar shop which is an inheritance from Farbod’s father. Their family of three becomes credible among the people and the court of the town’s ruler by working hard.
Akvan finds good income and fame in the good market for his profession, and he becomes successful sooner because of his ability to collude and his glib tongue. As he mixes jealousy with competition, he colludes with Fariborz, a profiteering and greedy merchant who has lost the distribution of soap market to Amin. In order to besmear Amin’s reputation in front of the ruler, Akvan devises a heinous scheme against the ruler’s life, but in the end, he himself is trapped in the conspiracy and dishonest plot he employs to gain more profit and to defeat Amin.